Is Great to Take Omega3 DHA During Pregnancy & Breastfeeding? 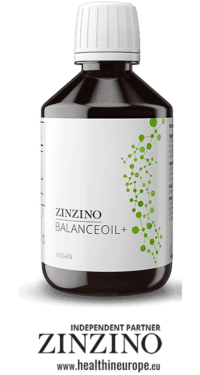 Omega3 DHA unsaturated fatty acids are healthy fats that are essential for the healthy growth of the baby, but also for a healthy pregnancy during breastfeeding. These Omega-3 fatty acids are the body’s own substances and are contained in the human brain. Of all Omega-3 acids, DHA (docosahexaenoic acid) is the most abundant in the brain. It is part of cell membranes and is involved in the transfer of information to brain cells.

What can cause Lack of Omega3 DHA

Lack of DHA in cell membranes can lead to various disorders. During pregnancy, the need for Omega-3 fatty acid DHA increases significantly. It is needed especially in the second trimester, when the formation and growth of the brain occurs.

Sufficient concentration of DHA in the mother’s blood is also very important for the growth of the eyes and future intellectual abilities of the baby. Conversely, a lack of Omega3 DHA in the cell membranes of the fetus can lead to impaired concentration and the development of other possible mentally ill children at a later age.

Sufficient intake of Omega3 DHA during the period of growth of the body is the prevention of diabetes, atherosclerosis and supports the immune system. In general, a child who received sufficient Omega3 DHA before birth and at the time of breastfeeding has a good foundation for future intellectual and psychomotor development.

The recommended daily dose of Omega3 DHA during pregnancy and lactation is 200 mg. Unfortunately, as recent studies have shown, the intake of fats from marine fish in our latitudes is insufficient. It also turns out that consuming marine fish could be at risk, especially for pregnant and breastfeeding women. This is mainly due to their contamination with methyl mercury. This substance is toxic to the fetus.

The solution may be to consume Zinzino Balance Oil Vegan +, which contains Omega3 DHA from seaweed and with olive oil and echia seed oil. No dangerous ingredients. Balance Oil Vegan +, ensures safe and effective dosing and the best possible absorption Omega 3 fatty acids.

Remember that mothers are the only source of Omega3 DHA for babies who receive it through the placenta and later through breast milk.

As Independent Zinzino Partner we are here to help you achieve your health and financial goals.

© 2020 • Site is owned by an Independent Zinzino Partner