Omega-3 fatty acids EPA & DHA are powerful for all athletes

A new evaluation of research into the use of fish oil for athletes has shown positive effects on heart health, muscle regeneration and immunity. This is positive news for all athletes, whether they are weekends or professional athletes. Omega-3 fatty acids support muscle efficiency, overall performance, muscle building and regeneration, reduce body fat and reaction time.

A study published on May 8 by the American Society for “Nutrition Advancement” reported consistent effects of fish oil supplements on reaction time, mood, cardiovascular dynamics in cyclists, skeletal muscle regeneration, the pro-inflammatory cytokine TNF-alpha, and post-exercise NO (nitric oxide, dilates). vessels). On the other hand, the researchers found that there were no clear effects on endurance, lung function, muscle strength or training adaptation. It has shown the benefits of omega-3 fatty acids for athletes in a variety of sports, from football to rugby and from cycling to swimming, and offers promising results in supplementing omega-3 in the body.

Despite nearly 25 years of research into the benefits of omega-3 fatty acids for heart, brain and prenatal health, scientific knowledge is still in its infancy. A systematic review identified 137 expert contributions on the topic of omega-3 fatty acids in athletes. 32 studies were randomized, placebo-controlled studies. Doses of omega-3 fatty acids in the experiments ranged from 300 to 2400 mg / day EPA (eicosapentaenoic acid) and 400 to 1500 mg / day DHA (docosahexaenoic acid). The research looked not only at the existing benefits for athletes, but also about whether side effects or risks would occur. These effects were in principle not found.

Is fish oil safe for athletes? 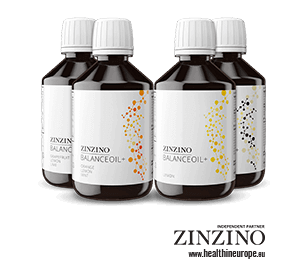 The literature reviewed showed that only one randomized experiment reported adverse effects of fish oil – and these were mild and affected only a small proportion of study respondents. In addition, the authors of the experiment noted that they did not know of any experiments that would show a negative effect of omega-3 on sports performance. However, they noted that excessive doses of fish oil over time can lead to an increased risk of bleeding.

Athletes should therefore be properly informed to avoid too high doses of fish oil (note: according to EFSA, a dose of 5 g of omega-3 is considered safe). The dilemma of fish oil in relation to bleeding after large doses is not yet clear. A November 2018 study showed that high doses of fish oil did not actually affect bleeding when treating surgical patients. In fact, paradoxically, higher levels of omega-3 in the blood were associated with a lower risk of bleeding.

Why do athletes use Omega-3?

What is the best Omega 3 Source?

Zinzino BalanceOil is a one of a kind, Polyphenol Omega Balance food supplement. High in olive polyphenols, Omega-3 and Vitamin D3, it gently brings your ratio back into balance, while initiating a suite of health benefits (18 approved by the EFSA).

It contains polyphenol rich pre-harvest extra virgin olive oil and wild-caught fish oil which, that has gone through a refining process to remove environmental contaminants (if present) and certified as free from heavy metals and other toxins. Try it for yourself. 🧡

As your independent Health Partner we are here to help you achieve your health and financial goals. Focus on the source!

© 2022 • Site is owned by an Independent Health Partner

Back to top
Page load link
XWe use cookies on our website to give you the most relevant experience by remembering your preferences and repeat visits. By clicking “Accept All”, you consent to the use of ALL the cookies. However, you may visit "Cookie Settings" to provide a controlled consent.
Read More Cookie Settings
Reject AllAccept

This website uses cookies to improve your experience while you navigate through the website. Out of these, the cookies that are categorized as necessary are stored on your browser as they are essential for the working of basic functionalities of the website. We also use third-party cookies that help us analyze and understand how you use this website. These cookies will be stored in your browser only with your consent. You also have the option to opt-out of these cookies. But opting out of some of these cookies may affect your browsing experience.
Necessary Always Enabled

Performance cookies are used to understand and analyze the key performance indexes of the website which helps in delivering a better user experience for the visitors.

Analytical cookies are used to understand how visitors interact with the website. These cookies help provide information on metrics the number of visitors, bounce rate, traffic source, etc.

Advertisement cookies are used to provide visitors with relevant ads and marketing campaigns. These cookies track visitors across websites and collect information to provide customized ads.

Other uncategorized cookies are those that are being analyzed and have not been classified into a category as yet.