Omega-3 fatty acids EPA and DHA. Can veganism be healthy?

Omega-3 fatty acids EPA and DHA  are relatively difficult for vegans to obtain. Can vegetarians and vegans get them from a fish-free diet? It will provide them with plant foods, such as flax seeds, enough long-chain Omega 3 fatty acids? Yes and no.

Vegan source of EPA and DHA

The solution is to obtain Omega-3 fatty acids from the same source as fish. And therefore from seaweed living in cold waters. These algae provide pure Omega-3 long chain fatty acids. They are the same as those in fish, but exclusively vegan.

Where are these Omega-3 fatty acids from algae contained?

This algae oil is the main ingredient in Zinzino BalanceOil Vegan and offers all the benefits of our BalanceOil products made from fish oil. It safely adjusts and maintains the level of EPA and DHA fatty acids and the correct ratio of Omega-6: 3 fatty acids in the body.

Now everyone can strike the right balance!

A vegan diet is often richer in some nutrients, such as fiber, vitamin C and phytochemicals. However, it often lacks some essential nutrients, including vitamin D and Omega-3 fatty acids. This means that it is difficult for vegans and vegetarians to achieve the optimal ratio of Omega-6 and Omega-3 fatty acids, and it is equally difficult to ensure that sufficient EFSA and DHA approved by EFSA are consumed and reap their health benefits.

Population studies show that vegans have lower levels of Omega-3 fatty acids in their blood than people who also consume animal foods. Vegans can obtain these essential Omega-3 fatty acids EPA and DHA from fortified foods or by carefully selecting foods that contain these nutrients. However, it is not easy.

Enriching the diet with alpha-linolenic acid (ALA) can only increase the amount of DHA in the blood in limited amounts, because although the body can convert ALA to the fatty acids EPA and DHA, this conversion is not very effective. Women can convert about 5% and men even less than 2%, so the problem remains. However, we have a simple solution for all vegans, vegetarians and anyone looking for an alternative to fish oil. 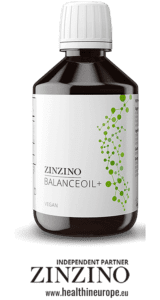 It also has a lot of so much important vitamin D from a 100% vegan source. As a result, this vegan oil has all the benefits of a regular BalanceOil made from fish oil. Tests have shown that Zinzino BalanceOil Vegan safely regulates and maintains the level of EPA and DHA fatty acids and the correct ratio of omega-6: 3 fatty acids in the body.

Finally, everyone can achieve the right balance!